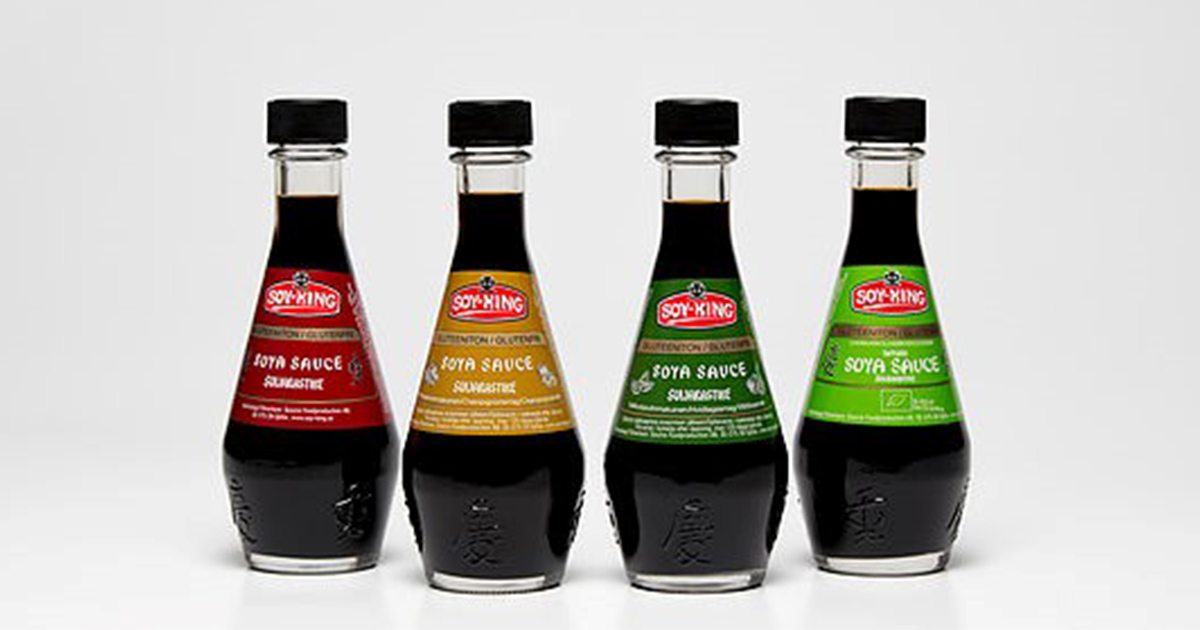 Soy-King – Soy sauce at home, to food service and industry.

It all started as wholesaling when Børge Nielsen was importing several well-known brands to Denmark. In the beginning of the 60’s he also began to import soy sauce from America, which some years later led to him starting his own soya sauce production. Børge decided in 1972 to specialize in the soya business. He began to build a plant for this special production and moved the production to the plant in 1974.

SOY-KING soy sauce is naturally free from gluten and can be used by people who are gluten intolerant. It can also replace other soya sauces. SOY-KING has a pure flavor from soy and the food industry prefer this product as ingredient when making sauces, marinades, and readymade meals of various kinds. Try SOY-KING instead of salt and feel the smooth taste of salt and umami that makes it to a perfect all-round flavor at the dinner table.