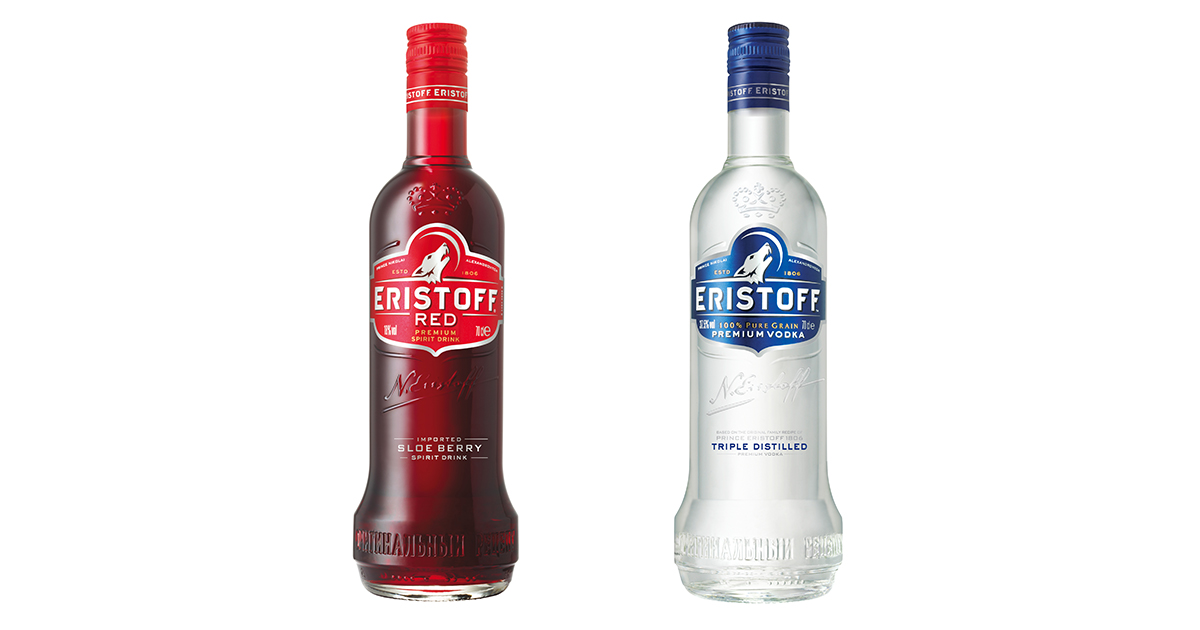 Eristoff vodka is named after the noble Eristhavi family, who created the original recipe back in 1806. The Eristhavi family ruled the wild and rugged province called ‘Virshan’ meaning the Land of the Wolf and the iconic wolf still features as a symbol of this heritage on the bell-shaped bottle. The distinctive Eristoff bottle is embossed with the imperial crown, Prince Eristoff’s signature and around the base is written in Cyrillic letterings the words ‘Original Recipe of 1806’.

Eristoff vodka is made from 100% pure grain, containing just the right level of moisture. The spirit is distilled in a three-step process using demineralized water and finally charcoal filtered, to ensure absolute purity and an exceptionally smooth taste. The range is Eristoff Vodka and Eristoff Red with sloe berries.