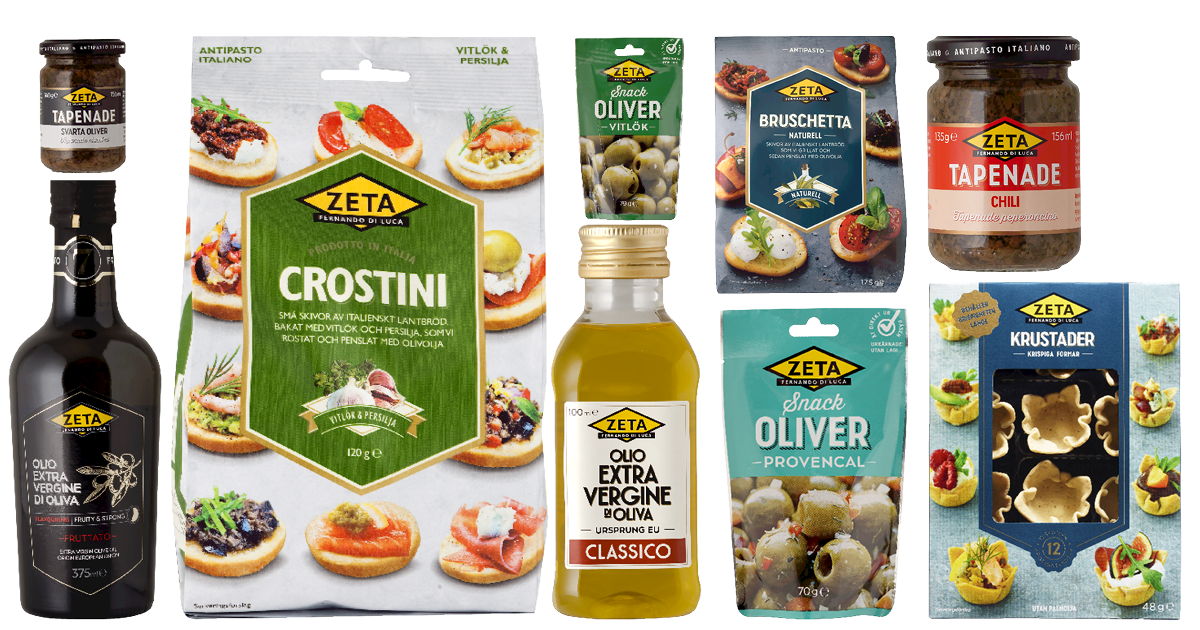 Fernando Di Luca came to Sweden on his Lambretta in 1961. There was not much luggage on the scooter’s package holder, but within him he had a whole world and the entire Italian kitchen that has the format Zeta.

And the flavors of Fano and the whole March region – shellfish, olive oil, vegetables. The simple family recipes and the hometown’s very own, proud version of Italian cuisine. Not to mention the wine and the spirited, hot coffee drink Morretta as the fishing boats’ crew warmed themselves before they left on the Adriatic. And all the meals. Every single one of the countless times he sat around cropped tables together with family, neighbors, friends, girls and rivals. Eating, toasting, discussing, laughing and crying. All of that had Fernando Di Luca with him to Sweden.

Then he met Louise. And instead of turning the Lambretta south again, he packed up and made himself at home. He had barely started working as a hotel porter until he imported his first bottle of olive oil. Instead of being eaten by the longing, he took a bit of Italy to Sweden. The good olive oil was followed by the pasta, the sun-ripened and pickled vegetables, several of the best olive varieties and so on. At the same time, the family grew up with the children Gabriella, Christian and Paula. Together with Louise, the aunt Fernando from Fano created a new branch on the Di Lucas family tree, so long that it extends across almost all of Europe.